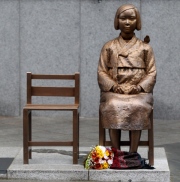 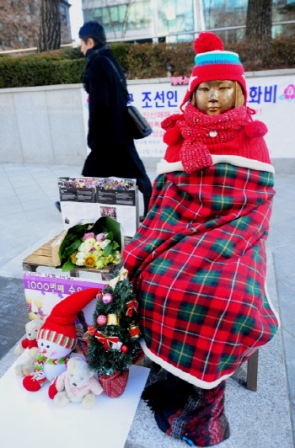 Korea and Japanese governments announced that they finally reached an agreement to compensate and acknowledge the comfort women(sex slaves) from the World War 2. However, after the details of the agreement were presented, the surviving comfort women have been devastated. In the agreement, Japanese government did not mention legal responsibility on the matter. Also, Korean government has not consulted the victims prior to the negotiation, which invites doubts on the sincerity of each related government.

Asahi newspaper reported that the agreement from Japanese party requires the removal of the comfort women statue, which is facing the Japanese embassy in Seoul.

After the controversy and outcry from the surviving comfort women and general Korean public, Korean government has tried to calm down the issue.

“I do not need any money. I want that our part of history is recorded officially and acknowledged legally.For whom this government is existing? For whom this agreement is for?”