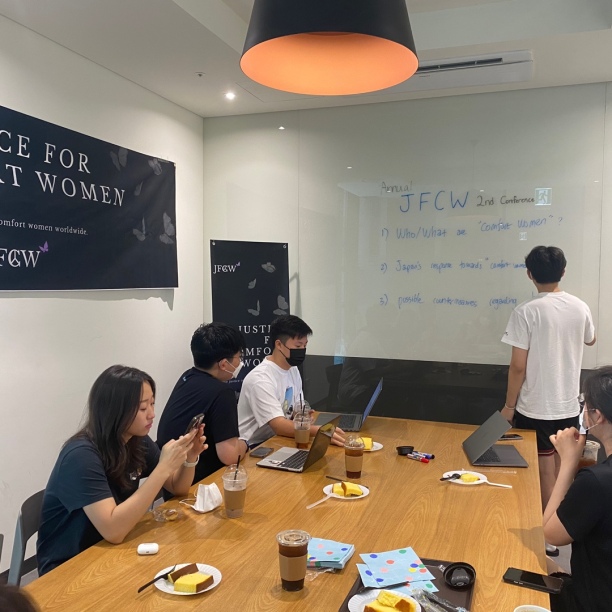 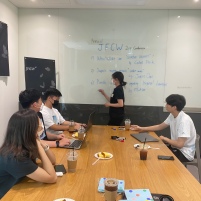 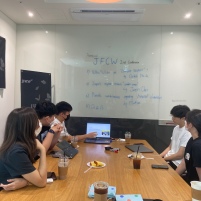 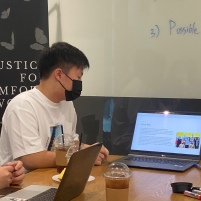 The JFCW organization also held a biannual meeting to discuss and answer the following three questions: Who/What are Comfort Women?, Japan’s response towards comfort women, and Korea’s countermeasures and responses.

The people who suffered from forced prostitution by the Japanese military during World War II were given the name, Comfort Women. These women suffered from horrible conditions such as sexually transmitted diseases. After the war, this incident went unnoticed but as of now, people started using their voices.

Though it has been over 70 years, the “comfort women” of South Korea have yet to receive proper atonement from the Japanese government. Talks have been held, and two official apologies have been issued by the Japanese, but it is  without a doubt that none of the meet the criteria for an acceptable apology.

Korea is mainly seeking for compensation and an apology other than mere money. While Japan was suggesting for the distortion of history for the sake of Capital, Korea is asking for a proper apology that embraces and accepts history rather than neglecting it. Furthermore, Korea has been actively attempting to remember comfort women issues through protests, movies, or documentaries regarding Japanese colonization and their war crimes.

On the eve of Liberation Day on August 14th, the 10th anniversary of “Girim Day” was held at the house of sharing. The house of sharing was filled with news reporters and politicians advocating for the remembrance of comfort women. The event also hosted a performance team for the halmonies. We were also given the opportunity from the ‘House of Sharing’ to perform a musical concert too.
Thrilled but also nervous, we performed our hard-prepared concert. Although the event was extremely lighthearted and delightful, it was also a clear wake-up call to never forget the physical and mental distress comfort women had to go through on a daily basis. 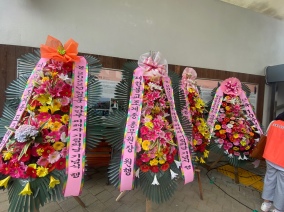 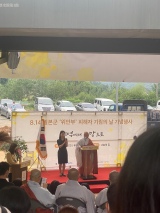 Our JFCW club prepared a small concert with about a month of preparation. Previous alumni of the organization who are currently attending college also came to partake and assist us in the concert.
We played canon and Arirang, songs requested by the halmonis. We had a great time singing and dancing together. We were extremely delighted to see the halmonis enjoying the concert and asking us to visit often. 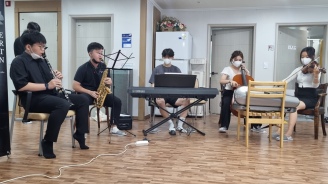 Temporarily closed due to covid and other issues,
The House of Sharing’s ‘History Hall’ section is currently under construction. However, it is expected to reopen during mid-July. As the History Hall section provides a detailed and accurate representation of the lives of comfort women, we had the opportunity to learn more in-depth about the heinous, unforgivable, and frightening behavior of the Japanese soldiers back in the 1950s. 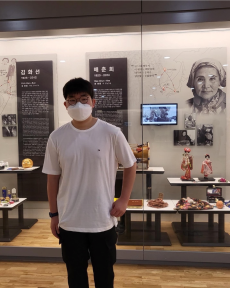 The following photos display Japanese soldiers waiting in front of the “comfort station”
and, a picture of a comfort women being dragged away mercilessly.

Despite vivid evidence and photos like the following, we cannot understand why some Japanese political parties refuse to acknowledge the truth. 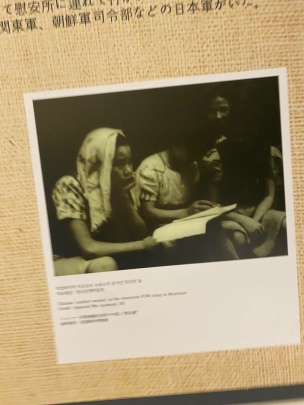 The End of the Tunnel, or translated from Korean, “the Grandmothers’ Tomorrow”, is an art gallery, hosting the many photos of the current lives of the comfort women, and memorials of the late women. The gallery shines a light on how comfort women are now leading a better life, and how they deserve a better future. The issue of comfort women must be addressed in international society, but promising a bright future for the victims is also a priority. Nowadays, the women live happily, in the “House of Caring,” or “나눔의 집” in Korean. 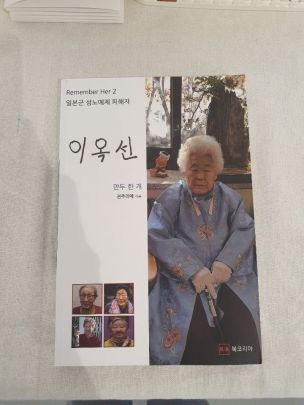 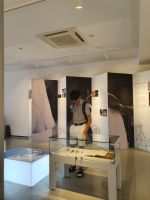 On the last note, the interviews below are our final thoughts on what we experienced visiting this gallery.

Jessie Jeong-yeon Park wrote a children’s storybook on a comfort woman issue to help children understand and remember there had been a tragic history regarding a human-right-issue during the World War 2. 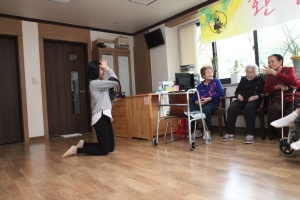 Justice for Comfort Women Club has been sending out the book, ‘Touch-Me-Not’ to the public schools, politicians & intellectual communities in the U.S. and other countries to raise the awareness on the comfort women issue. 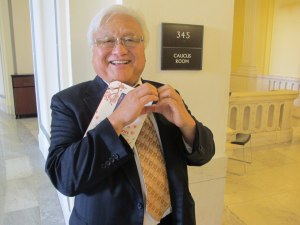 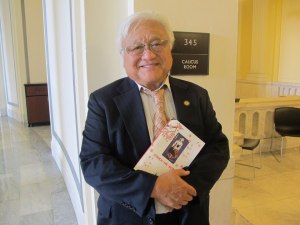 Sponsored by the Ministry of Gender Equality & Family and Victim’s Human Rights Commission of Korea, Justice for Comfort Women published the book, ‘Touch-Me-Nots’ with the House of Sharing. 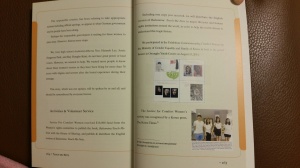 The book, ‘Touch-Me-Not’ will be delivered to schools and human rights institutions so that surviving comfort women can be able to share their true painful stories and get proper apology from the Japanese government who still denies the history.

Justice for Comfort Women members visits ‘House of Sharing’ regularly,  doing the best to help and attend the survivors from the history..

Justice for Comfort Women Club has been awarded as Distinguished State Honoree at The Prudential Spirit of Community Awards 2015 for club’s endeavor to spread ‘Comfort Women issues’ over the world. 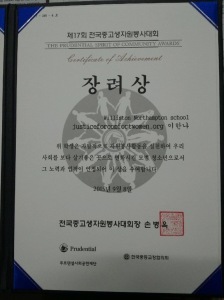 My name is ‘Kim Bok-soon’ dance performance at the National Theater in Seoul, S.Korea 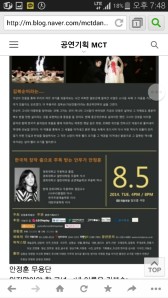 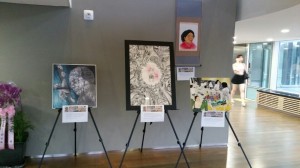 ‘Justice for comfort women’ members actively promoted the dance performance of ‘My name is Kim Bok-soon’, the story of a comfort woman, by raising money for the ticket purchases. Also, during the performance day, the members exhibited the ‘comfort women’ themed paintings at the lobby of the National theater to promote awareness for the comfort women issue to the general public.

‘Justice for Comfort women’ members are the Boards and staff members of a volunteering organization, ‘Art & Love’. ‘Art & Love’ had an exhibition of its 143 members to promote the awareness of reality of a war and its victims & survivors. 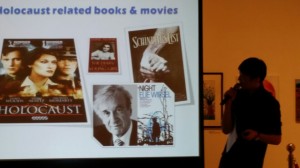 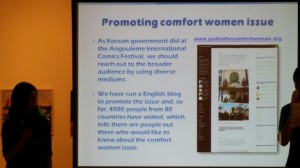 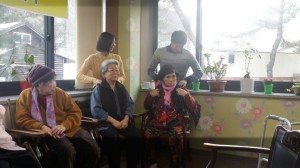 ‘The House of Sharing’ and ‘Justice of Comfort Women’ connected as one to promote the issue of comfort women before it is too late.

Every Wednesday, a rally is held for an hour in front of the Japanese Embassy in Seoul, asking for the recognizing the rights of comfort women. 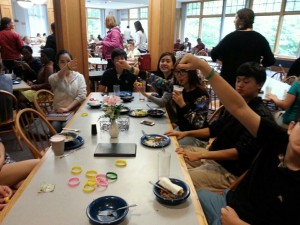 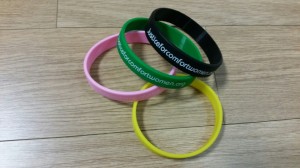