This year, again, another comfort woman passed away. Her name was Chunhee Bae, and she used to live in House of Sharing. When we visited the house during the winter vacation, she sang us songs in Korean, Japanese, Russian, and Chinese. She remembered the entire lyrics of the Japanese song she learned when she was conscripted as a sex slave for the Japanese army as a teenage girl. The nightmare during the teenage is never forgotten, she told us.

Now, we only have 54 women surviving, and only 49 in South Korea. The US Congress, in the 2007 resolution, criticized the sex slaves of the Japanese military during the WWII 「the “comfort women” system of forced military prostitution by the Government of Japan, considered unprecedented in its cruelty and magnitude, included gang rape, forced abortions, humiliation, and sexual violence resulting in mutilation, death, or eventual suicide in one of the largest cases of human trafficking in the 20th century.
The international community and UN demanded no less than 10 times that Japan takes appropriate measures including official apology and compensation for this issue. Congresses in nine countries around the world adopted a resolution letter memorial monuments were erected in 12 regions of three countries. Perhaps they are waiting for these women who are 88 and older to pass away. However, history never stops.

We, four students, do not have great power or loud voice. However, we wanted to help. We wanted more people to know about these women’s stories as they have been living for more than 70 years with stigma and sorrow after the brutal experience during their teenage.

Announcement: ‘Justice for Comfort Women’ now has new members, dedicated to commit themselves to help these surviving ladies’ voice can reach out to broader audience. 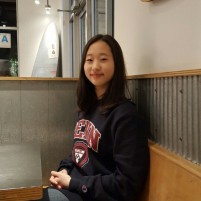