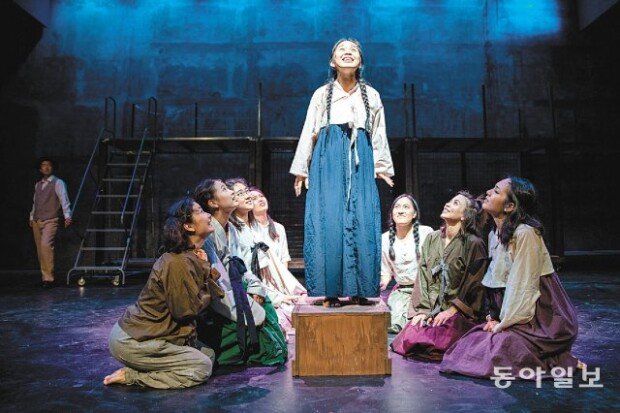 According to the BroadwayWorld website on Wednesday, the Comfort Women was nominated in seven categories and won three trophies including the best musical, director, and leading actress awards. Abigail Choi Arader, an American actress of Korean descent, towered above the constellation of musical stars from Broadway by winning the biggest honor reserved for an actress. Dimo Hyun Jun Kim became the first Korean to win a director’s award in musical. The winners were selected through an online vote by American viewers, which ran for two months in November and December. The results are expected to have a significant impact on box office as the vote was open to audience participation.

The Comfort Women follows the story of a Korean girl named Go Eun, who was falsely promised a job at a sugar factory in Tokyo but was forced into sex labor at a Japanese military base in Indonesia in 1941. It became the first Korean musical to be unveiled in New York Off Broadway in 2015 and 2018. Off Broadway refers to the small-sized theaters on the outskirts of Broadway where globally famed musicals are showcased, and it is considered as gateway to Broadway.
oldsport@donga.com