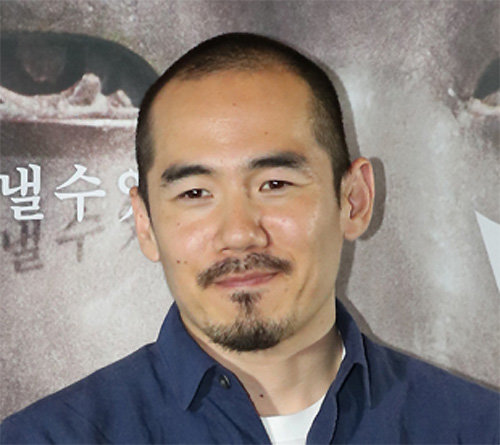 “I think that discrepancies of their information often lead to arguments and disputes between Korea and Japan. Perhaps, we could ease the anger and have a more productive dialogue by introducing the issues on comfort women and teaching the people of the two countries about the things they didn’t know,” said Miki Dezaki, the Japanese-American director of the movie “Shusenjo: The Main Battleground of the Comfort Women Issue” at a press conference held in Seoul on Monday. Shusenjo is a documentary based on 30 or so interviews from South Korea, the United States, and Japan, about the reason the Japanese rightists seek to deny the issue at any cost.

The director learned that Takashi Uemura, a former reporter of the Asahi Shimbun, was blackmailed by Japanese far-right forces after writing an article on the comfort women, a euphemism referring to the Korean women subjected to sex slavery by the soldiers of the Imperial Japanese Army. Since then, Dezaki has gained a keen interest in the matter. Through his movie, he offers a detailed account on the systematic effort by Japanese far-right groups to dismiss the so-called “comfort women” issue and stop the Statues of Peace being erected.

The documentary reveals the ugly truth behind the rightist groups, who often resort to unreasonable arguments that “Japan is special, different than Korea or China” or that “Korea is coming up with the issue on comfort women under China’s instructions.” In fact, some of the rightist figures appearing in the movie sued Dezaki, demanding a halt to the showing, after it was released in April this year in Japan.

“Younger people in Japan expressed positive opinions that they learned something they didn’t know about the issue,” said the director. “It is regrettable that the Abe administration is imposing sanctions as a response to the compensation ruling on the force labor during the colonial era. It is a matter of human rights, not diplomacy.” He also added that the Japanese must step forth to refer the issue in question to international courts.