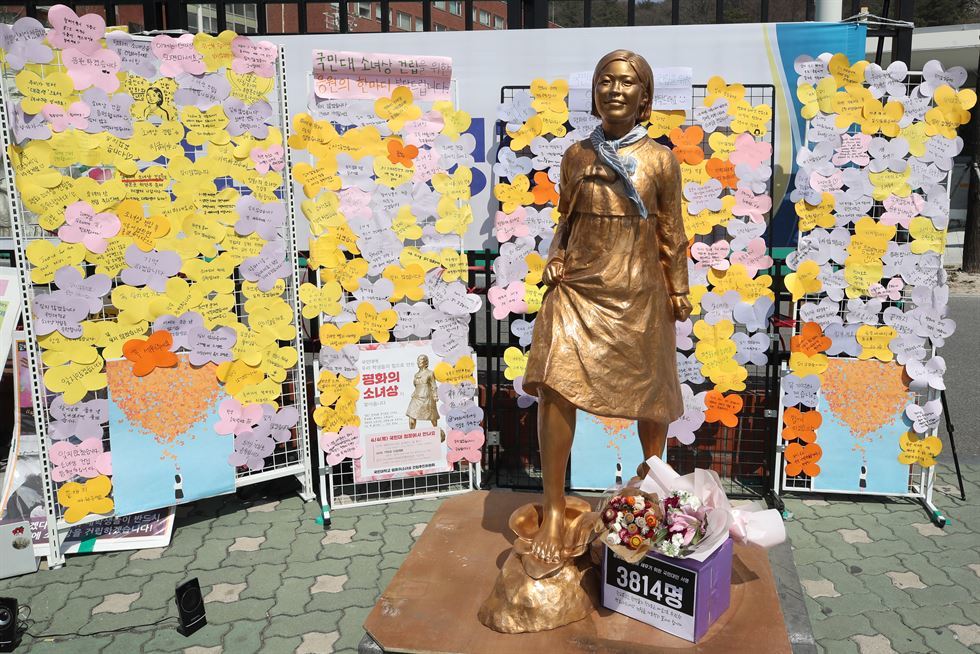 A handcrafted “comfort women” statue stands near the front gate of Kookmin University in Seoul, Thursday. Students tried to move it onto the campus, but school authorities blocked them, calling the statue a “political campaign.” Yonhap

Thousands of students funded the project, hoping the statue would stand on the campus to boost public awareness of the wartime crime. But school authorities have blocked it, calling the statue a “political campaign.”

With students and the school at odds over the issue, the association is planning a street rally to fight the decision.

The students’ association initiated the statue-making project in April last year, in a show of displeasure over Japan’s refusal to apologize for its wartime brothels.