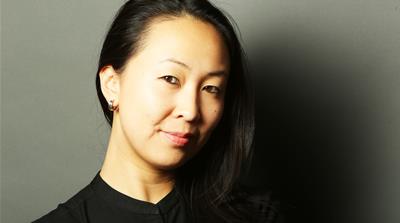 In 2009, a trip to Asia would change my life forever. That’s when I first met “The Grandmothers”. Prior to that trip, I knew very little about the atrocities that occurred during the second world war in Asia – specifically, the institutionalised sexual slavery system that held captive about 200,000 girls and young women.

When I asked the elders in my family to tell me stories about the past and what it was like during the war, they would shake their heads slowly and somberly say, “没有什么好说的, 不好听”, which means: “There’s nothing good to say, nothing good to hear.” And that was the end of my history lesson.

As a “CBC” (Canadian Born Chinese), I often felt conflicted culturally. The North American approach is to speak out against injustice, while the Chinese way of dealing with hardship is to “吃苦”, which literally translates to “swallow the bitterness”. And of course, one must always “save face” to preserve pride and honour. I was first confronted with this dilemma as an eight-year-old, after being sexually assaulted at home by a so-called family friend. I was paralysed by the choices I could make but, either way, I felt that my world had already been shattered.

I chose the temporary comfort and safety of keeping silent and, like the women of generations before me, I just learned to “swallow the bitterness”. Fast forward 17 years later, and I would meet these remarkable women in my film, The Apology. History refers to them as “Comfort Women” – a term used by the Japanese Imperial Army to describe the girls and women they forced into sexual slavery. But to me, they are the Grandmothers.

What started off as a journey to uncover this dark history of human atrocities soon turned into an exploration of perseverance. When Korean survivor Kim Hak-Sun first spoke out publicly six decades after World War II, in 1991, she set off a chain reaction. Other women in their respective countries started to speak out too, and the world would hear testimony after testimony from hundreds of women describing unimaginable crimes against them – all with the hope that justice would soon follow. Twenty-eight years later, their fight continues.

After the first few years of spending time with Grandma Cao in China, Grandma Gil in Korea, and Grandma Adela in the Philippines, it was clear there was more to this chapter in history, more than just the sexual slavery, more to these women that people weren’t seeing. I came to learn about their lives after the war, and how they had survived. They had incredible resilience, made tremendous sacrifices, and ultimately displayed the true power of the human spirit.

Over the course of six years, each of the communities we filmed demonstrated the importance of camaraderie. Knowing that you aren’t alone and that you will be supported after disclosing your past can make the difference between speaking out and living the rest of your life in silence, or carrying the burden and pain of what you experienced as a victim. Society has perpetuated a culture of shame that has resulted in decades, or even a lifetime of silence for survivors of sexual violence.

These days the “Me Too” and “Time’s Up” movements are sparking a global dialogue that de-stigmatises and reframes what it means to be a victim of sexual violence. The Grandmothers have taught me that although my past does not define me, the journey to come to terms with my past makes me who I am today. Discovering why I wanted to make this film was extremely difficult because I thought it was a story I wanted to tell when, in fact, it became a story I always needed to tell. It’s a story for the eight-year-old girl within me that struggled to tell her own family about the abuse. It’s a story for all the courageous Grandmothers who survived months and years of sexual slavery. It’s a story for every survivor that never had the space to be known outside the ugly crimes committed against them. It’s a story that brings to light the millions of untold stories of sexual violence that continue to go unheard.